We work in flat, decentralized teams, each with decision-making authority, and the ability to approach and solve problems. Unlike a traditional hierarchy we have found this approach much more effective. It also allows us to draw in people from all areas of the company when needed.

We’re hands on software and technical engineers, not academics or administrators. We have called Orange County our home for over a decade, and we are proud to have assembled a world-class team that combines practical expertise in various sciences, from mathematics and physics to distributed systems infrastructure, big data processing, user experience design, and industrial engineering.

We offer our customers an uncompromising engineering mindset with an unwavering focus on executing in service of the mission. But we prefer our track record to speak for itself
‍

A SMALL SELECTION OF OUR TEAM'S ENGINEERING ACHIEVEMENTS

A SMALL SELECTION OF OUR TEAM'S BUSINESS ACHIEVEMENTS

A SMALL SELECTION OF OUR TEAM'S AWARDS OVER THE YEARS

We assist amazing people around the world and help technology brands solve some of the world's most difficult challenges.

130 YEARS OF ELECTRIC HISTORY IN THE MAKING

Some additional blog posts that may be of interest 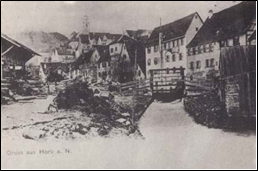 130 YEARS OF ELECTRIC HISTORY IN THE MAKING

Although Schneider Power is a young company, its ambitions are rooted in more than 130 years of experience of the Schneider family providing electricity.